Willy Cigars is a cigar company based in Chandler, Arizona. Led by Cuban-born craftsman Guillermo “Willy” Carrazana, Willy Cigars produces a variety of high-quality, handmade cigars. With over 45 years of experience in the cigar trade, Willy has cultivated an ability to expertly create cigars. He personally selects and imports tobacco leaves from the Dominican Republic, and he blends these cigars with Cuban tobacco seeds in order to ensure optimal aroma and taste.

Experience
Originally hailing from Cuba, Willy first entered the cigar crafting business in 1958 at the age of eight. He was initially mentored by his grandfather, who taught him the process of hand making high-quality cigars. Later, Willy came to work in a cigar factory in Cuba, where he refined his knowledge of cigar making, eventually immigrating to the United States and settling in Arizona.

Services Offered
Willy Cigars offers a variety of hand-crafted cigars in different flavors and quantities. Services and products provided by Willy include: 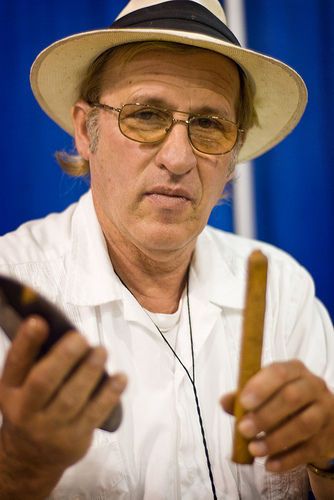