Erin Schermele Films is a wedding videography company based in Great Falls, Montana. They believe storytelling is one of the most powerful forms of communication and specialize in telling love stories. A bride and groom can often feel their wedding day went by like a whirlwind. Erin Schermele Films aims to be there to capture all the special moments from the vows to the toasts so that couples can re-live the excitement of the big day and share it with friends and family.

Owner and filmmaker Erin Schermele has always had a passion for telling stories; she studied radio and television production degree at the University of Montana School of Journalism with a minor in media arts and then worked as a reporter for Montana's Television Network. She is an award-winning producer and has also worked as a television anchor for Montana this Morning. In addition to running her own wedding film production company, Erin currently works as a commercial producer for KRTV in Great Falls. Her attention to detail and journalistic background give her a unique perspective allowing her to capture a couple's love story in an individual, unobtrusive, and editorial style.

Erin Schermele Films can capture footage of your rehearsal dinner, wedding party getting ready, ceremony, and reception to create a high-definition film of your love story. Erin books only one event per day, has liability insurance, and is willing to work across multiple locations. 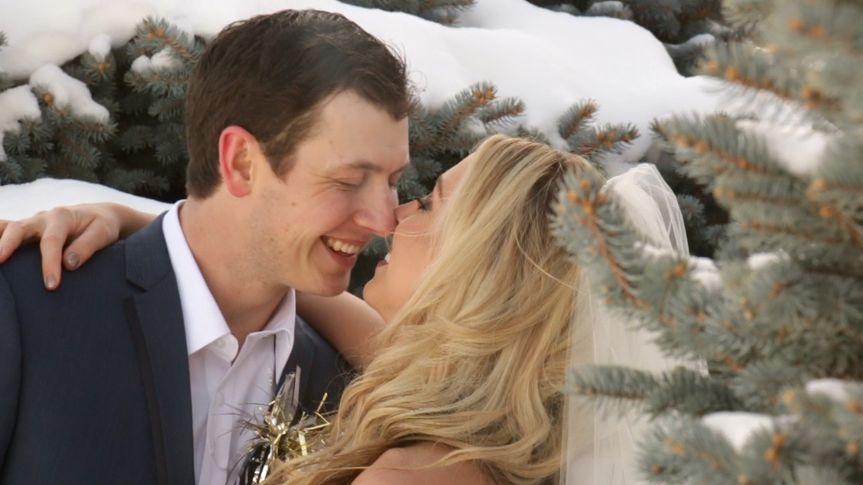