Where'd you find your non-traditional guestbook?

I've seen lots of cute, different ideas for guestbooks on here! At first I wasn't going to bother with one because we're having a photobooth scrapbook but I really like some of the non book guestbooks, if that makes sense.

I'm sure Etsy is a popular place to look! Right now I'm leaning towards the name/letter art idea and guests sign the matting - anyone else do this?? Do you just make sure you get a light colored matte or should it be a special material?

This is my inspiration right now : 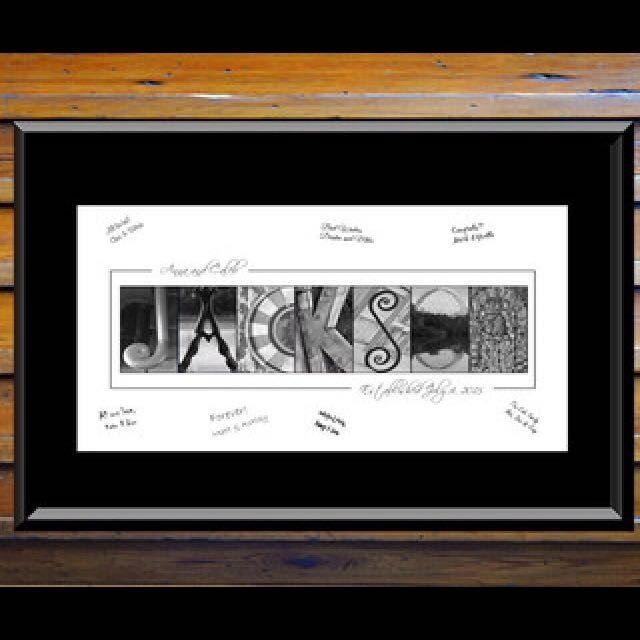