ARE YOU A VENDOR?
Dedicated April 2013

WHAT'S YOUR WEDDING CAKE LOOK LIKE? **MUST READ***SAVE YOU HUNDREDS OR THOUSANDS OF DOLLARS!

I want to see photos of your cake or a photo of what you like!!! Here's a photo of what I am having made for me! Except it'll be 4 tiered in white with a plum ribbon =D You'll never guess how much our cake cost us!! DIRT CHEAP just by being smarter

Simply ask your baker to only have the top tier of your cake (where you'll be cutting) real cake and the other tier's "fake" the only thing fake is the actual cake part! The buttercream and fondant (whatever you choose) will all be real. Have your baker make you sheet cakes to serve your guests! My cake will serve 400-500 guests & it'll only cost us $800. This is compared to thousands of dollars just to have this cake made without the FOAM inside on the bottom 3 tiers. Your guest will never even know they were served from a sheet cake that was in the kitchen!!! =) Hope I made sense? lol 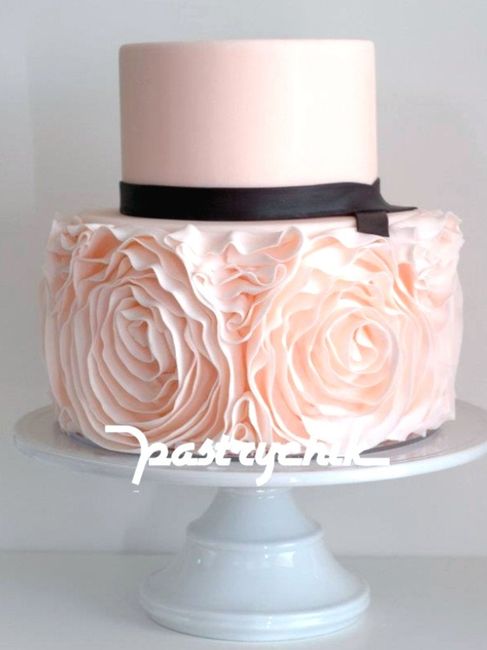