Etsy is awesome and I'm stoked that everyone knows it! What was your favorite etsy purchase for your wedding? We all want to see!

I'm getting these customizable bird seed hearts for favors. 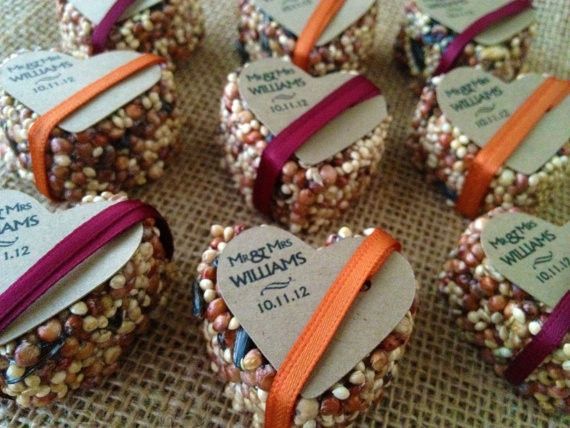