I didn't think I would really need help picking out a dress but I found so many that got me all excited and happy and they all looked beautiful. Now I'm trying to narrow it down and I need some help. I have 5 dresses so I want to see what you think looks good.

My theme is tropical and garden so the venue is outside on the grass with a lot of palm trees in the background. The reception is indoors in a ballroom with a deck outside overlooking the water in San Diego. I want to have some Hawaiian feel to the dress (so something with flowers or flowy parts would be great).

I have attached two pictures per post with the front and back of each dress (so it doesn't get confusing). Please let me know what your top favorites are and please read the little descriptions because I plan on altering each one from the way it looks in the picture. Thank you in advance!

First dress: I would cut off the lace part that covers my back and above my bust area. This would make it a sweetheart neckline. 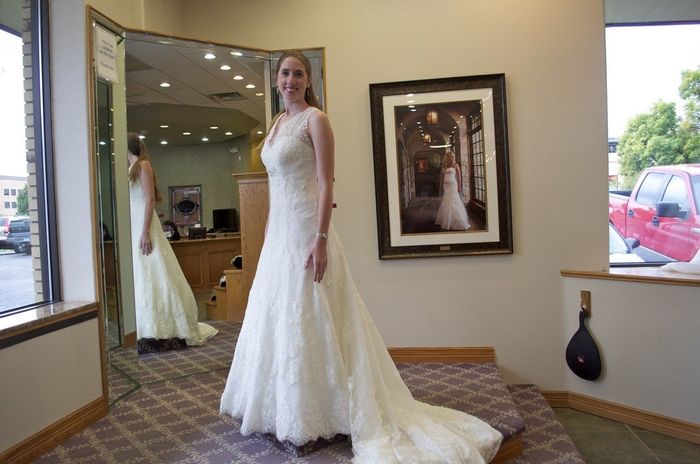 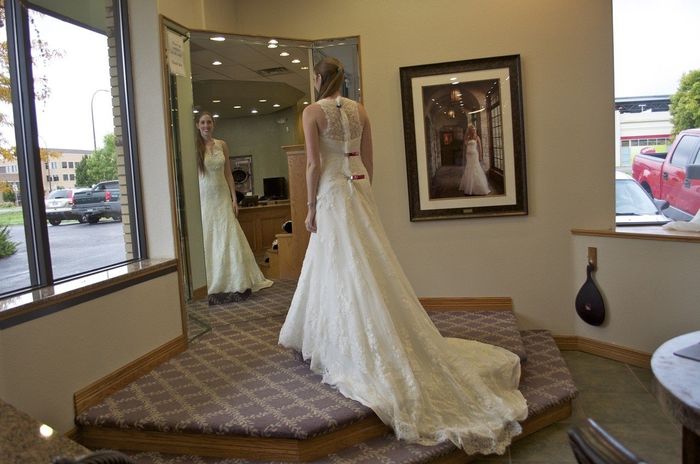