ARE YOU A VENDOR?
Expert October 2013

Shoe stickers and other DIYs.... PICS...

So I kept looking to buy those "I do" stickers for my something blue and for pictures but for some reason never actually did. Just kept putting it off, even though they're not expensive.

Then I started to like some of the other ideas like "he's mine" and "ever after" and couldn't find any I like besides on Etsy but I wouldn't get those in time anymore... so.... I made them.

What do you guys think? 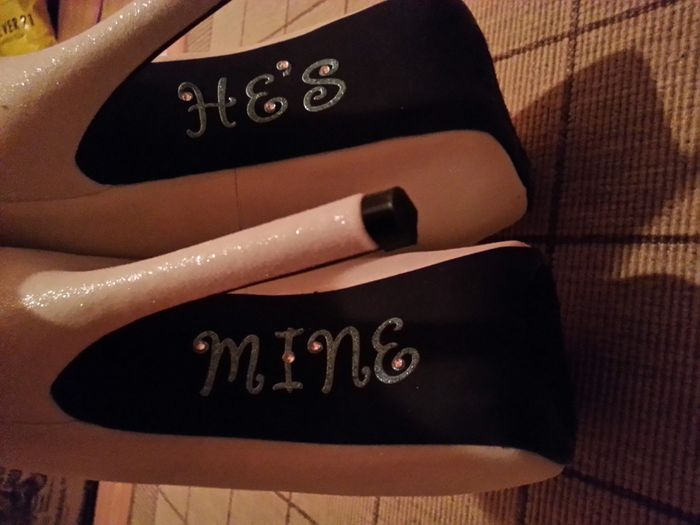