I finally have my pro pics back! Now to the wedding day! The biggest issue I had was the freaking caterer! I didn't know any of the issues until after the wedding but they showed up 2 hours late guys and we only had 3.5 hours for set up and the caterers had the linens and were supposed to set up the tables. My husband, groomsmen, and dads ended up setting up the tables and chairs. My DOC and her small team finished the rest but while my party should have been relaxing they were getting all sweaty setting up our tent. I was beyond pissed! I didn't get my 1st touch because he was setting up. The caterer also only served cake to 3 tables. WTF! BUT the food was pretty good and the open bar was popping!

UPDATE: I just got an email from Essence Magazine and they want to feature my wedding!!! I'm screaming with excitement!!! AHHHH! lol! I'll be sure to post the link when they put it up! 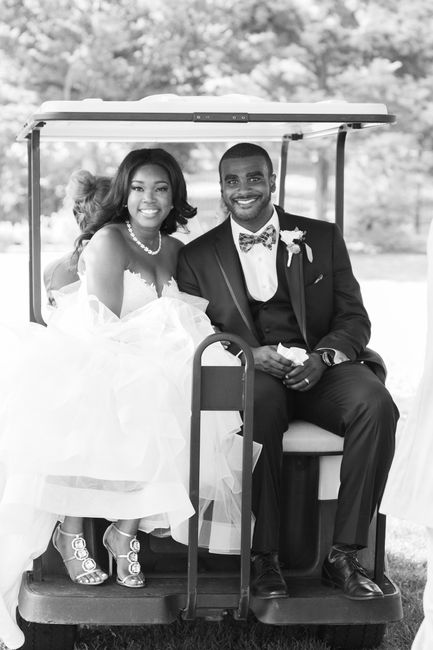