I put my 3 month old Golden Retriever down for a nap because he was getting cranky. Not 1 minute later, I look over and see him passed out. Gosh I love him! He's going to be a flower girl in my wedding. More pictures in comments. 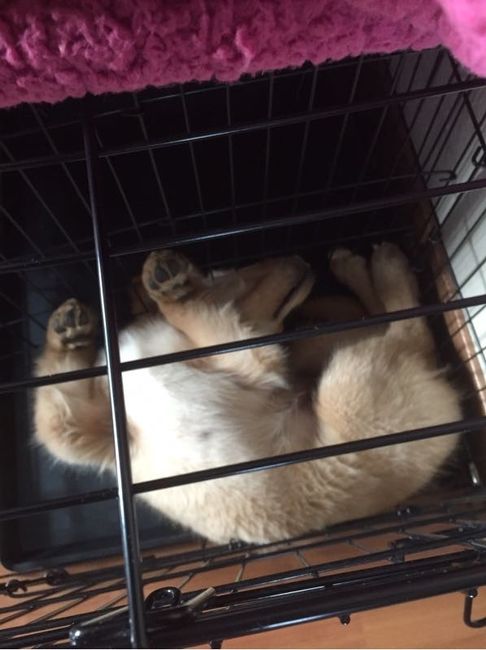