Ok, so the floral shop had these super cute candy bouquets made up for 75 freaking dollars a piece.and there is no way I am paying that much.

But, we are having a kids' table, and I wanted to put some on there, so for Christmas I made some little ones for the kids I nanny plus some of FH's little cousins. Then FH's aunt asked me to help her make one for her granddaughter for her dance recital, and am now making them for some friends for their kids for Easter.

I want HONEST opinions before I spend anymore time trying to do this on whether they look like crap or not, because if the suck I don't want SEERIZZY to make a post about how much they suck ;-)

The first one is of the little ones I made for xmas, they are the first ones I made so they are a little rough. The second two pictures are of the ones for the dance recital and has a tutu wrapped around it. I plan on putting them in a fall type basket about the size of the tutu one for our fall themed wedding. 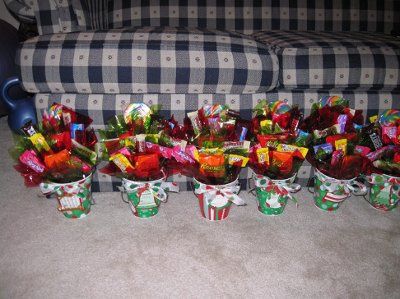 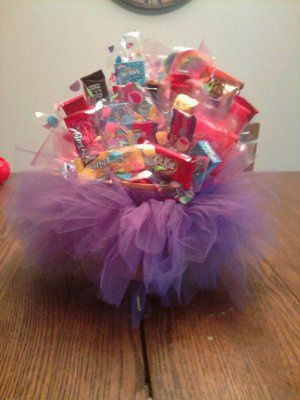 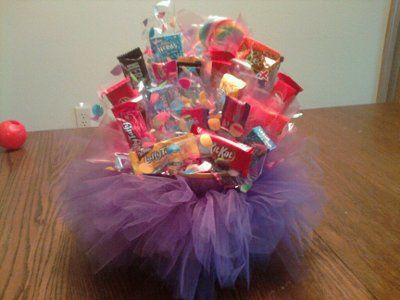