ARE YOU A VENDOR?
Super December 2014

Lets see your cakesperations! Or, actual cakes for those that have already had the special day.

Completely and absolutely NOTHING like the decor of our wedding. It will stand out in the crowd, just like we do.

Not meant to blend in. 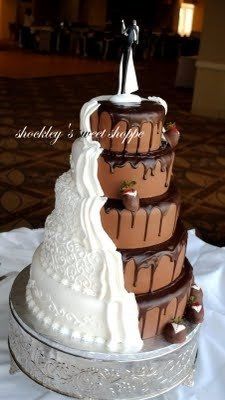