For the record, this pic is making me LMAO

We had a discussion yesterday about how soon after the wedding we want to start trying for our second child. Our son is 4 already (i'm 24) & FH said that he wanted to be done having kids by the time we're 30. I dont care for huge gaps between kids & I'll be done with school in December. I don't see anything wrong with dumping birth control after my last pack (basically the end of August) and letting the chips fall where they may. If i get pregnant, so be it. I've already got my foot in the door with my career & i haven't even graduated yet, FH already has his degree & a job (not related to said degree. wah wah), but he's really putting up the "Let's wait til we're more stable" fight. I think we could be waiting our whole lives to be "stable" & we'll never have any more kids in the process. Has anyone else had this discussion with your significant other, and how did you resolve it? =/ 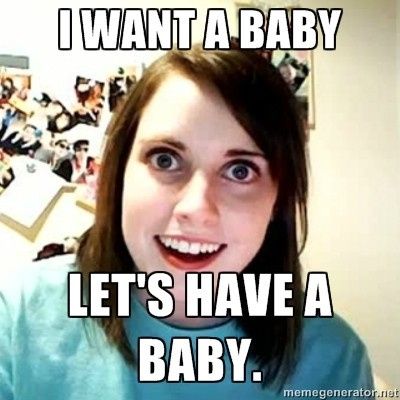