Wow, As always, it went by to quickly! My MOH was waiting for me to have a melt down because we had some things go wrong... First was my florist showed up really late, and got the flowers wrong for the guys. Also I was missing my throw bouquet but my JRBM offered hers. I just simple shrugged my shoulders and said " it is what it is" My DH looked so hot!!!! I was so excited and I dont think that my nerves hit me until all the girls got off the bus, and lined up and it was just me by myself... DH choked up on the vows, and had to have them repeated to him which I balled at! I am so happy to finally be married!!!! Here are some pics that I have gotten from people. I only have one professional. 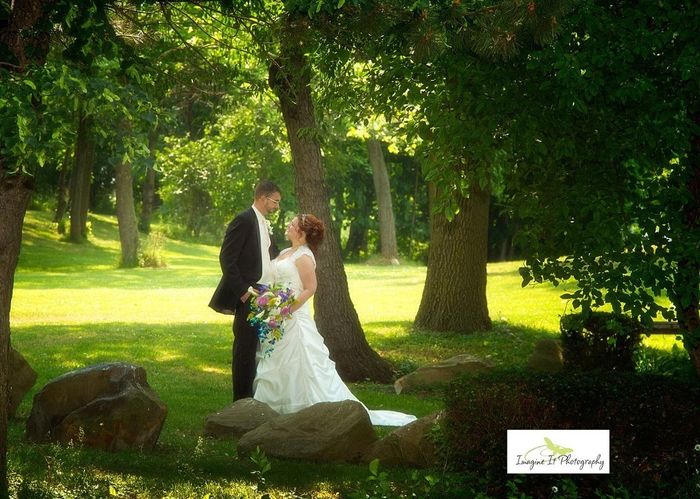 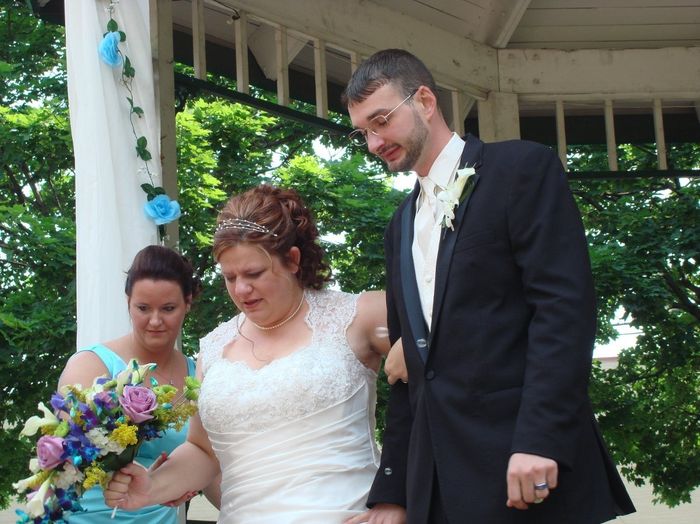 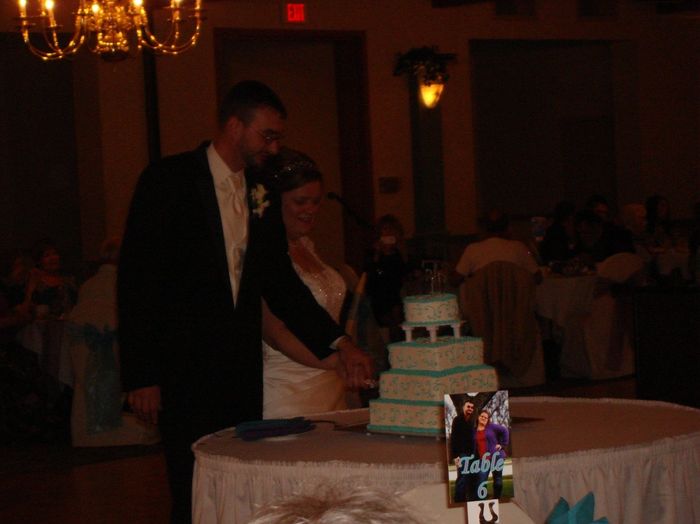