Does anyone else love hearts as much as I do and have a heart cut stone in their engagement ring? If so, I'd love to see them, and how your jeweler made the band to go with yours! Here's mine. I like how the jeweler made the band go around the point of the heart! I think it turned out really nice!! 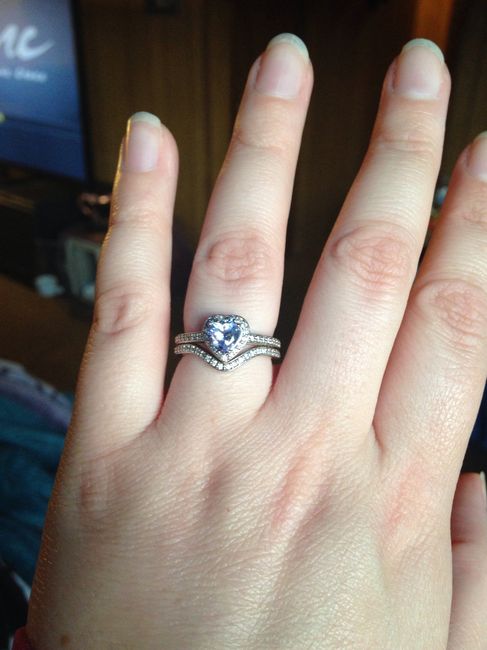