So excited we are almost done with the groomsmen gifts! So far we have a "mini bar in a jar" and I love how they turned out and we are doing flasks with quotes the guys have said that we all still laugh about! Any ideas for anything else we should get them? 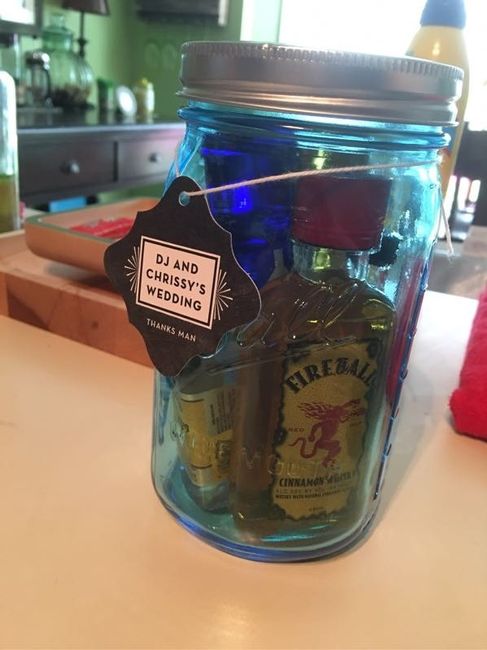