I don't know why I was having such a hard time finding a dress to wear for the Rehearsal dinner. I was seriously thinking about wearing the same thing I am going to wear for my shower. BUT! Today at lunch I went to TJ Maxx and found this beauty!

What are you all wearing for the Rehearsal/Rehearsal dinner? 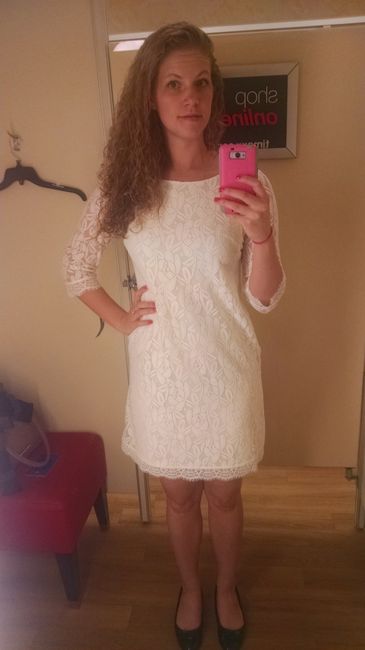