So I've been to David's Bridal, and Alfred Angelo to do some "pre screening" of dresses before my family goes this weekend. Which do you ladies like the best? I'm having a rustic/outdoorsy theme in a hard wood floor/ exposed brick brewery in late August. The first dress has a light gold satin underlay FYI. 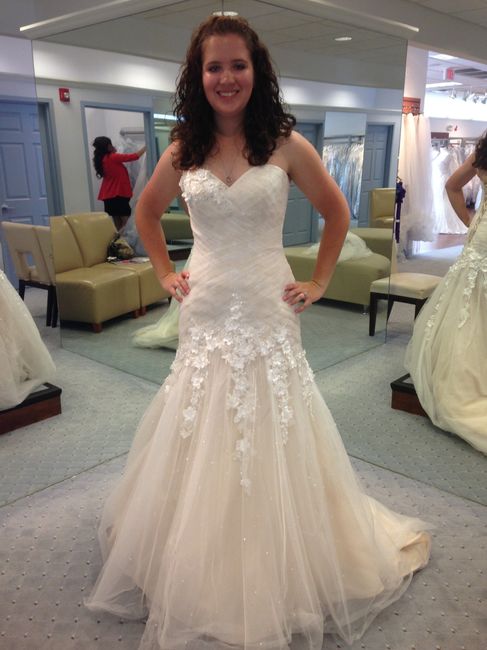 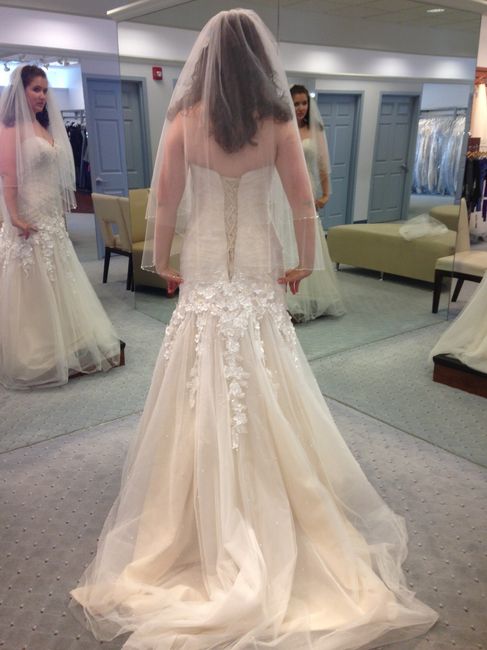 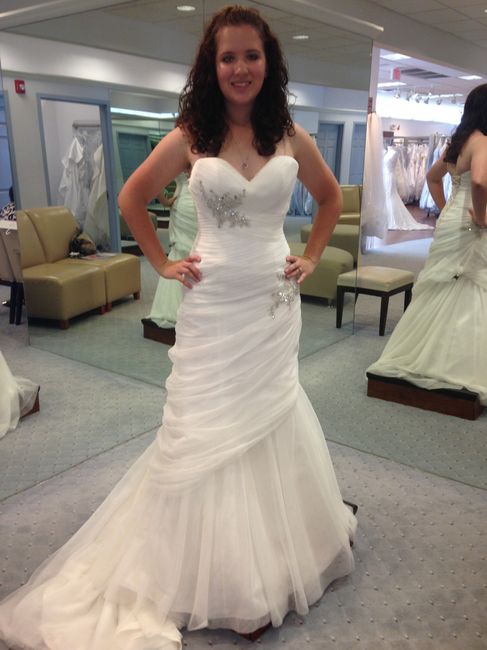