ARE YOU A VENDOR?
Devoted October 2014

Yesterday we got to sample our wedding cake! To me it seems that we are doing everything way ahead of schedule, but I am okay with that! I hate procrastinating. My best friend's mom is making our wedding cake at no cost and she's just wonderful. I had no idea she would be making a sample yesterday, but when we went over to her house for a get together, she had crafted two tiers! There will be some differences on the wedding day, such as another tier on the bottom, maybe different flowers, ribbon in-between each layer and of course our cake topper. It's marble with raspberry filling and it's DELICIOUS!! What are you guys doing for your cake? 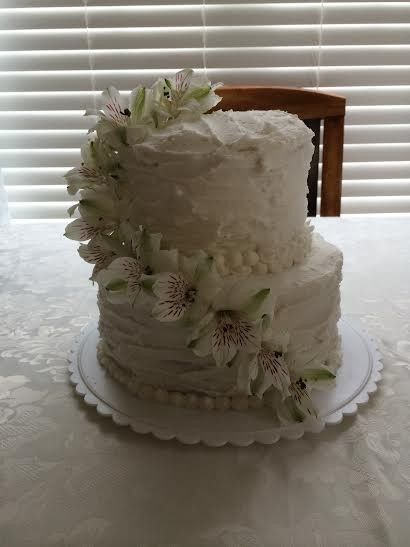