I found the dress I'll be wearing to both of my bridal showers, the one my mom is hosting for me in about two weeks and the second that FH's aunt is hosting in Michigan beginning of May!

I wanted something cute and not too formal-this dress was perfect! The back is what won me over!

What did you wear/are you wearing for your shower? 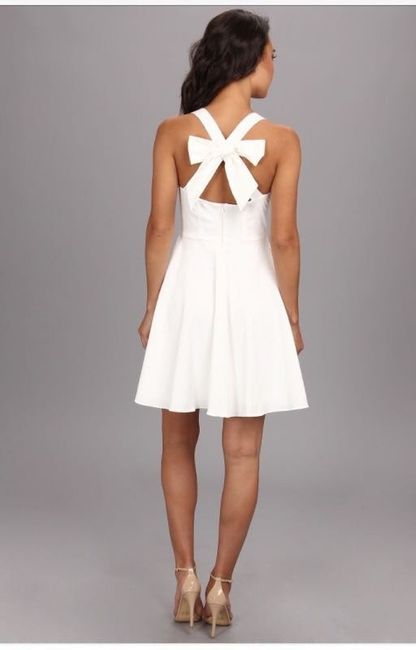