I'm backkkkkk. Our vow renewal was PERFECT!! I've read some BAM posts that there were hiccups, but we did not have any. I really don't have any advice except for my fellow control freaks. I had to let go and let the vendors and venue staff do their job. At one point during the reception, we were close to the BM and MOH toasts and cake cutting and the champagne glasses on the tables were still empty. When the Banquet Manager came over to see if everything was okay I asked him about the empty champagne glasses and he said "Relax and don't worry about it. Have a good time and let me do my job." I love him. He did his job well.

Anywho, enough of that and on to pics.

Pic#1 - Day Before. Me giving our officiant/BFF from Australia a $50 gift certificate for the nail salon we were going to later that day.

Pic# 2 - Me and BFF from Australia - She treated us to lunch.

PIc# 3 - Hubby and BFF from Australia. 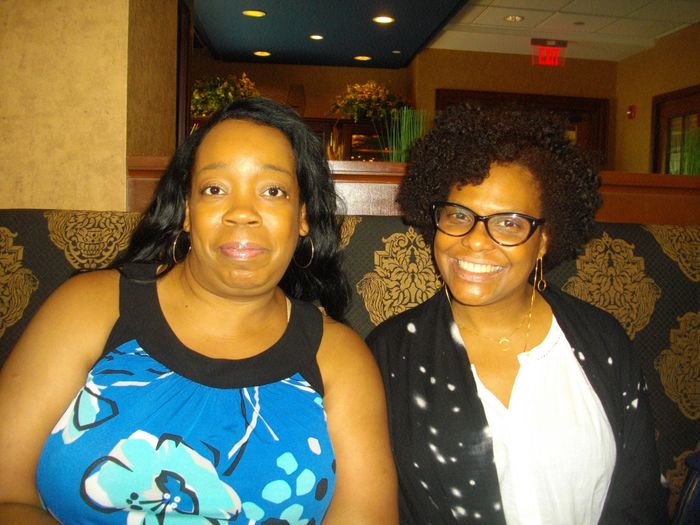 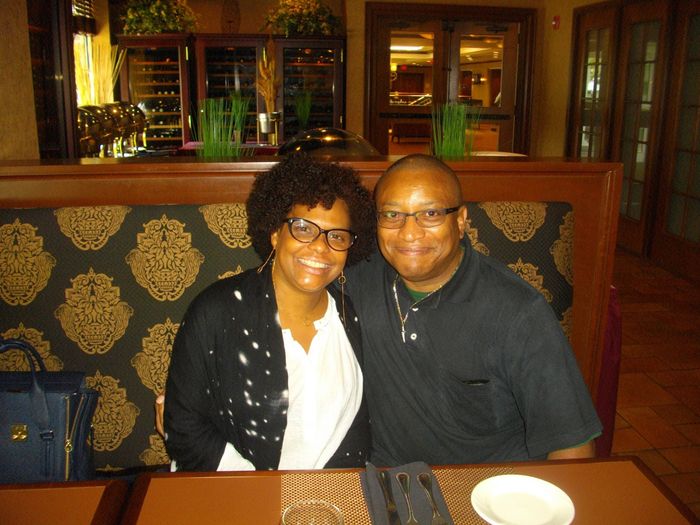