ARE YOU A VENDOR?
Back to State Room: A Longwood Venue 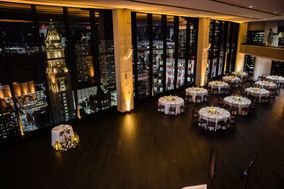