ARE YOU A VENDOR?
Back to Delectable Delights 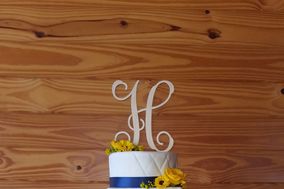 Recommended by 91% of couples