String Theory is a new celtic folk band that specializes in high energy Irish/Scottish trad tunes and songs. Recently ranked one of the top 5 Irish Bands in Texas by the Dallas Observer, the band features Jesse Ramirez on guitar and mandolin, D/FW fiddle legend Linda Relph, Nathan Kennedy on fiddle, Bill Zauner on upright bass, and Matt Cook on vocals and bodhran.

The band premiered in 2015 with performances at The Celt and Trinity Hall in North Texas and has since had over 50 shows between those two pubs. The have also performed in many other venues, festivals, retreats, and weddings. They performed in 2015 at the O'Flaherty Retreat, and were featured in the upcoming McKinney CELTic Festival and Sherman Celtic Festival in spring/summer 2017. They were a featured performer at the North Texas Irish Festival in 2016 and again in 2017, as well as Irishfest Atlanta in 2016. The Band was the headline performer at the 2016 City of Allen's Shamrock Shindig St. Patrick's festival. They also have an active Celtic wedding schedule.

Jesse is a Celtic finger style guitarist and has a masters in guitar performance from UNT and is currently a professor of music at Mount Royal College as well as a high school guitar teacher in the Garland TX ISD. He played in the Celtic Ensemble at Texas Tech with Roger Landes during his 4 year undergraduate degree. Linda Relph is a world class fiddler, and has been a part of some of the most successful Celtic bands in the Southern United States including founding The Kildares. Nathan is a national award winning Irish fiddler who was the first youth from Texas to compete in the world championships of Irish music, the Fleadh Cheoil in Sligo Ireland. He also plays with the TIMES Session Players with Ken Fleming as well as a number of classical orchestras and chamber groups. Nathan was concertmaster of a Texas State winning orchestra, as well as one that won an International championship at the Mid-West clinic in Chicago.

Bill is an upright bass player and has played in a variety of genres from celtic to jazz and classical. He attended Texas Tech where he performed with Chris Smith and Roger Landes' Celtic Ensemble and graduated with a degree with honors in music performance as well as music education. He was a member of the Lubbock Symphony for 7 years, and Midland Odessa Symphony for 7 years. Bill is an Orchestra Director for the Lewisville ISD. Matt Cook is the bands lead vocalist. He also plays Bodhran, mandolin, and octave mandolin. Matt is also a highly sought after sound engineer and does sound for high profile venues and shows.

String Theory just released a CD self titled. This CD is the inaugural release from the band and is a true musical delight. It features the amazing Celtic finger style guitar of Jesse Ramirez that will remind many of the work of the legendary Randal Bays. It also features world class Irish fiddling from Nathan Kennedy. Matt provides great vocals and bodhran beats and low strings are featured through out. It includes many upbeat Irish dance tunes to get your toes tapping, wonderful folk marches and waltzes that shows the bands impressive classical and Celtic training, and some of the most haunting Irish airs you have heard. 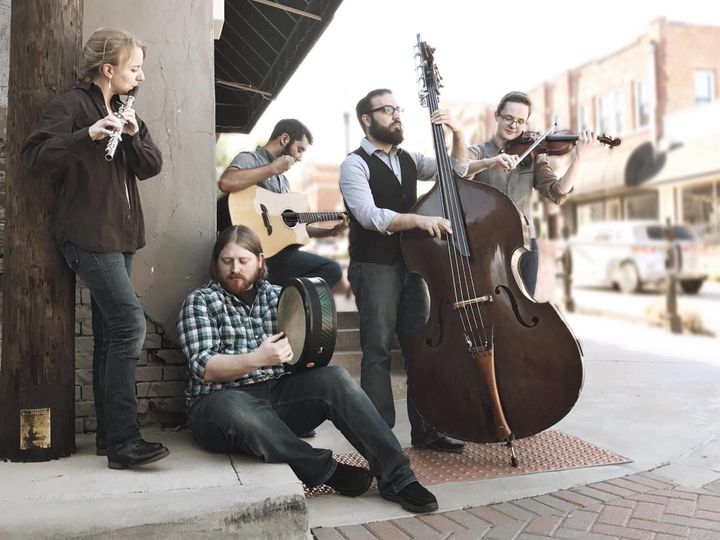