About Pop Up Photo Op

Established 2021, PopUp Photo OP is Las Vegas' one and only "immersive" photo booth rental company servicing all areas of Las Vegas. What does "immersive" mean you ask? Our stunning photo booths come complete with surround sound effects, 3D decor and customized scents! Step inside one of our 8 designs and you and your guests will be transported to magical places. We pride ourselves in impeccable customer service, obsessive attention to detail, and epic photo booths that take your breath away

Utilizing "Salsa" photo capture technology, this state-of-the art ultimate digital software can capture still photos, videos, GIF and Boomerang at no extra charge! Lots of custom options to choose from such as filters to match a theme, "masks" for a handsfree way of replacing props and LED Lighting to help set the mood. Optional Hands-free method of capturing your photos, your guests can instantly share their photos through text or email! 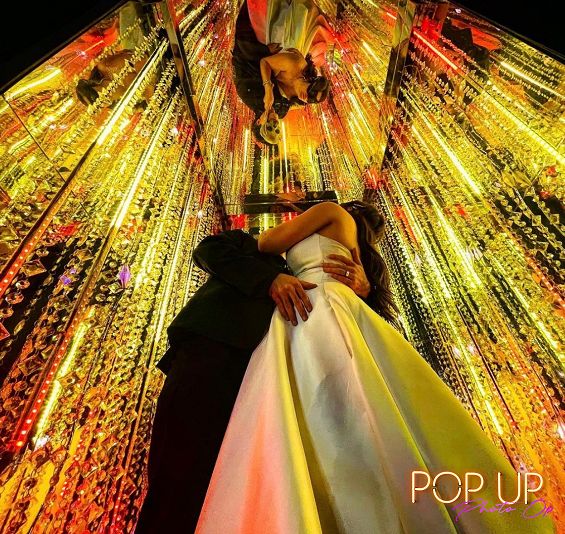 1 Reviews for Pop Up Photo Op

Team of Pop Up Photo Op

Todd White has been obsessed with creating over-the-top "photo ops" since he was a kid. While the other boys were outside playing war, Todd was busy building glamourous backdrops in the middle of his parents living room. He hung fancy sheets, colored lightbulbs, and anything else he could get his hands on. Now, many years later his childhood obsession has manifested into a full blown career.

He's designed sets and photo ops for 5 star resorts, glamorous galas and high profile events in Las Vegas for the past 10 years. In 2014, Todd had the honor of being named one of North Americas top designers for his Instagram worthy interiors by the NAHA.

Todd has become Las Vegas' one and only "Couture Photo Booth Designer". Sought after for his stunning designs and magazine worthy visuals. But don't let the fancy accolades fool you. Todd, his Director Amber and their entire team are super humble and remain giddy that they get to do what they truly love, everyday.

Amber will be the first person you'll get to meet when you call us, consider her your personal concierge! She wil assist in design recomendations,choosing sound effects and scents along with answering all of your quesitions. She will be sure your photobooth rental goes perfectly smooth.

Ambers backround in event planning, genuine love for people and all things artsy makes her the perfect gal for the job. She understands the orchestration of your big day hence why she's so darn good at arranging all the details of your rental. Simply put, we adore her and we know you will too.