About Jewish and Interfaith Weddings by Rabbi/Cantor Ronald Broden

Jewish and Interfaith Weddings is a professional wedding officiant company based out of New Rochelle, New York. Rabbi/Cantor Ronald Broden is the owner of this passionate business, and he’s happy to marry couples all over the New York metro area, including New Jersey and Connecticut. Since no two couples are alike, he believes that no two weddings should be either. Jewish and Interfaith Weddings will help you construct a ceremony that reflects your beliefs as a couple, as well as the union that you share.

Ronald Broden has been an ordained cantor from Hebrew Union College-Jewish Institute of Religion since 1990. He went back to school to further his education at the Mesifta Adas Wolkowisk Rabbinic Academy where he received rabbinic ordination. He has performed hundreds of weddings throughout the years, and specializes in Jewish, interfaith and same-sex weddings.

This passionate wedding officiant will share suggestions and ideas to make your wedding just right for you. His goal is for your special day to be stress-free, and go exactly as planned. For interfaith ceremonies, he’s happy to collaborate with a member of the clergy from another faith, and has recommendations if you don't have someone in mind. In addition to speaking English, Ronald is also fluent in Spanish, Italian and Hebrew. His services include: 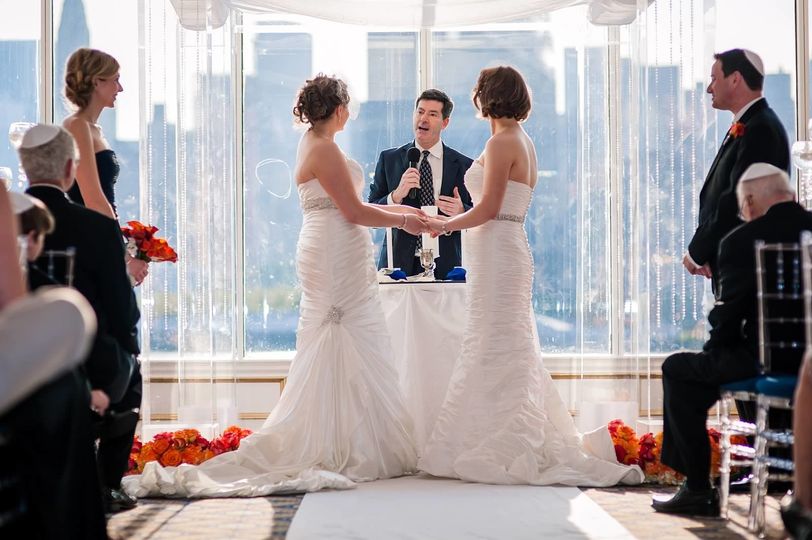