Jeff started in this industry as a Cinematographer, and graduated from the prestigious Art Center College of Design, in Pasadena, California in 2007. Since, he has shot numerous music videos, commercials, TV and feature films. Most notably he has shot 3 seasons of “The Aquabats! Super Show!” for the Discovery Network. He’s won awards for his commercial work for George Clooney’s production company. Not to mention his MTV VMA win for his Black Keys music video in 2010. His love is for creating images that tell a story while being visually powerful.

Shortly after proposing to Richelle, Jeff shot the Enzoani Fashion Event 2014 which branched his career into the wedding industry.  Since, Jeff and Richelle have started their business together and have captured some of life’s most precious moments for family, friends and clients. 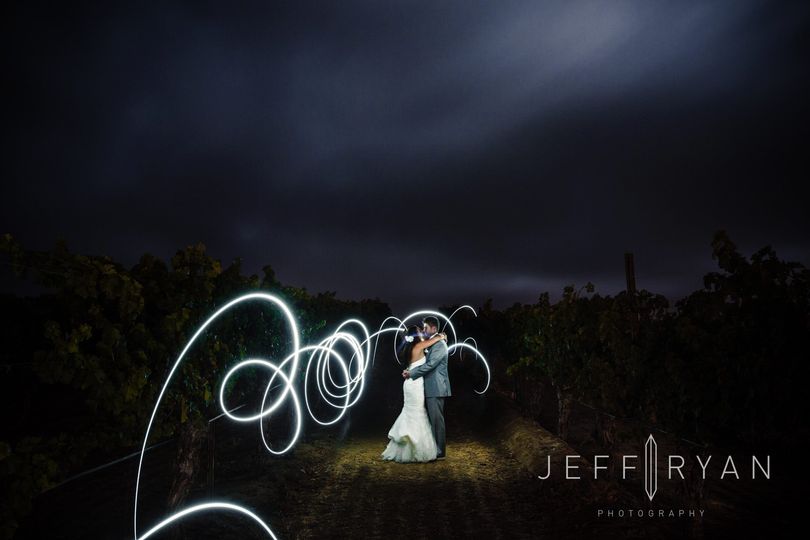 What photography services does Jeff Ryan Photography include in the starting price?

What photography services does Jeff Ryan Photography include in their most popular wedding package?

What percentage of users recommend Jeff Ryan Photography and which are the most valued aspects of their wedding services?

Jeff Ryan Photography is recommended by 100% of couples who have used their services. Their overall rating is 5.0, with the same score awarded for quality of service, flexibility, value, professionalism and average response time.
Write a review
Wedding Venues Orange County
Wedding Vendors Orange County