About Divided By Zero

“Divided By Zero” is a conglomerate of some of the best area musicians in the Rochester music scene. We are a modern rock / pop /country cover band that has been performing together since September 2010. In that short period of time, we've built a large local following in the Rochester area and surrounding counties. In less than two years, we've moved from “playing in the basement” to playing over 200 shows in the largest night-clubs in Western NY.

We've played weddings, private parties, and large events such as Entercom Radio's “Guitars and Stars”, the headline act for both the 2012 and 2014 Wayne County Fair, and various other festivals and carnivals in the Rochester area.

We know what it takes to entertain, keep people participating in the show, and most importantly have a great time! “Divided By Zero” covers songs that are regularly heard on modern rock, country, and pop radio stations today. From Luke Bryan to Lynryd Skynyrd, Run DMC to Bruno Mars, with our mix of music there is something for everyone. 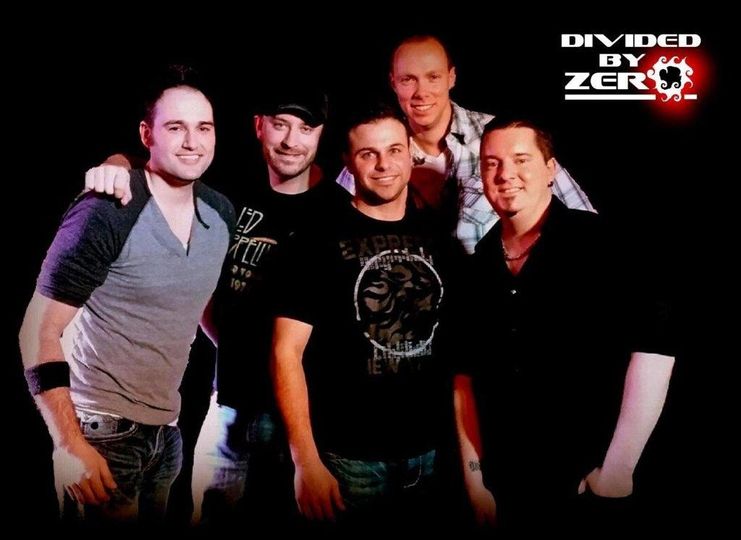 2 Reviews for Divided By Zero