Densley Film & Photo is run by the husband & wife team of Chandler & Sarah. We tell love stories through stunningly authentic film & photo. We've had our very own wedding, so we know how important it is that your big day is captured the right way. Through having both of us present on your wedding day, we're able to provide both male & female perspectives to your film & photo so that everyone is comfortable and every detail is captured.

We offer film, photo, and film & photo packages, with a huge discount when you book both film & photo. Our colors, story-telling, and overall styles were built alongside each other, so you can know that your film & photo will be consistent & complimentary to each other. Let's get started on telling your story in a way that is uniquely you. :) 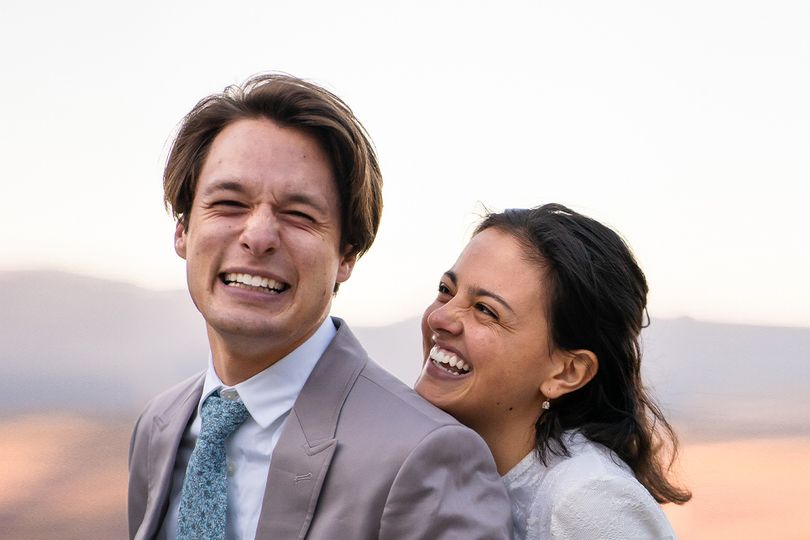 What photography services does Densley Film & Photo include in the starting price?

What photography services does Densley Film & Photo include in their most popular wedding package?

What percentage of users recommend Densley Film & Photo and which are the most valued aspects of their wedding services?

Densley Film & Photo is recommended by 100% of couples who have used their services. Their overall rating is 4.9 out of 5 with the following breakdown: 5.0 in flexibility, 5.0 in average response time, 5.0 in value, 4.9 in professionalism and 4.7 in quality of service.
Write a review
Wedding Venues Salt Lake City
Wedding Vendors Salt Lake City