George Antoine Jr., AKA as Cruzanvibes ~ George was born and raised on the beautiful island of St. Croix, a US Virgin Island.  He relocated to SW Florida in the late 80’s and began playing music with his father who played steeldrum for the better part of 60 years.  George has a great passion for music he started out playing a six piece steeldrum bass for his father's band, then he discovered and fell in love with the bass guitar and switched he is an awesome Bassist and also a vocalist.  As the years went by George became a talented musician at times played with his father, and two younger brothers Harold and Michael who were trained by no other, but dad.

Today, dad is retired due an accident that landed him in a wheelchair; however, the brothers George, Harold and Michael has their own band and at do singles, duo's and sometimes trio's.  It is amazing the talent of these brothers and the legacy that continues.

George AKA Cruzanvibes has a live reggae band with some talented and professional players and also vocalists.  These guys are energetic, enthusiastic and most of all can bring the island feel to you.  George also plays the steeldrum and can make you feel that you are on an island in your backyard.

Earlier this year George was offered a trip to Missouri to play steeldrum on the Lake of the Ozarks, he captivated the folks there and by popular demand he was ask to return for Labor Day week and again, the crowd were amazed.  He also travelled to NY for a wedding ceremony by special request.  Let George and his steeldrum make you event a special one. 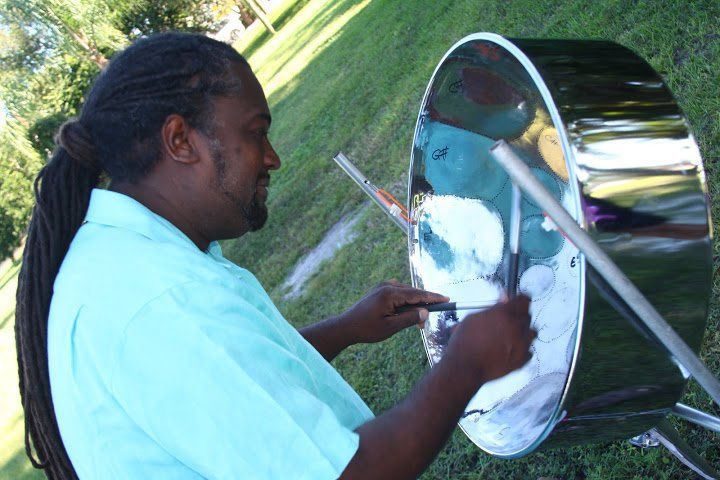