Christina LaRocca & Gene Micofsky are a wedding entertainment duo based in Los Angeles, California. Each established musicians in their own right, they have come together to provide soulful scores for special occasions. Christina and Gene offer an Americana-influenced approach to the traditional wedding soundtrack, lending their unique and soulful style to your favorite songs. They can perform as a 2-piece for smaller more intimate weddings or cocktail hour or as a full band for larger events. They also offer DJ, playlist, and MC services for those wanting the best of both worlds. If you are looking for a group with a little a bit more rock, country, and soul than your average wedding band, these musicians are for you.

Christina LaRocca & Gene Micofsky can perform in a number of arrangements, depending on the needs of your special day. Whether you require a duo for your ceremony and cocktail hour or a full band for your after-dinner entertainment, they can help. While they boast a wide repertoire of songs, they are more than willing to learn any special requests you have in mind. These musicians can also provide MC and DJ services for your reception if necessary. You can give your celebration a touch of true artistry by including them in your special day. 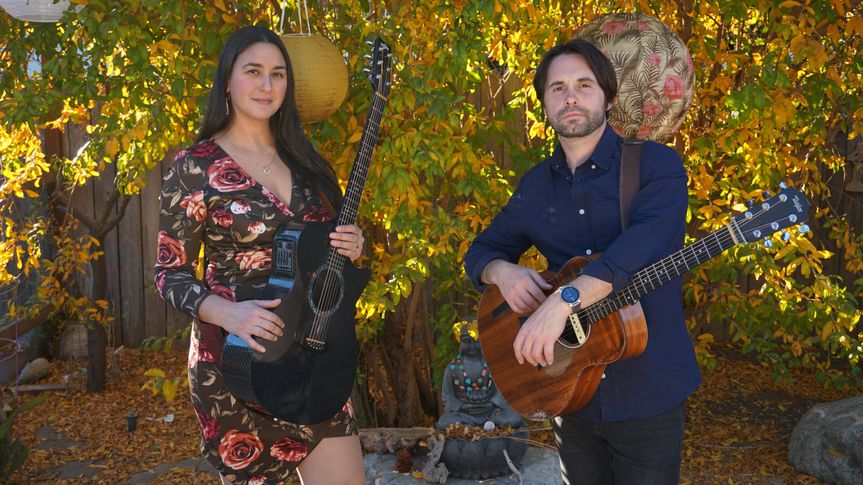 Los Angeles based international touring artist, Christina LaRocca, is not only a musician, but a renaissance woman, and activist who has pushed boundaries of what it means to be a woman in today’s era.

Christina is a 2020 Official SXSW Artist. In 2018-2019, Christina toured the USA, Europe, UK, Canada promoting her new album These are my Whiskey Dreams… She performed nearly 200 shows in 2019, many of them with an acoustic guitar on her back, a tank full of gas, and a powerful voice that commands any room she sings to.

These are my Whiskey Dreams… was released on July 12, 2019, to much acclaim, with songs produced by multi-platinum, Grammy award-winning music producer, Andros Rodriguez (Pharrell, Justin Timberlake, Florence & the Machine), Alex Arias (Cher, MRK, The Strumbellas, The Mowglis), guitarist and film composer Gene Micofsky, and Los Angeles in house engineer for Republic Records, Lid.

The album has has been reviewed as a "vocal tour de force" (Glide Magazine) that "transcends genre" (Americana Highways) for "people with a ear open to the future" (Midwest Record) she has the "fantastic ability to blend country, soul, rock [and even reggae] into a perfect mix" (Belles & Gals) with "her powerful and passionate voice as the driving force of the songs" (Michaels Music Blog).

Her past works include, the Child of the Sun EP (2017 produced by Robb Torres), I Stand Tall With My Eyes Wide Open (2012 produced by J Glaze), and as Christina LaRocca & Heavy Weather, they released The Fire EP (2010 produced by Dan Grigsby), and Miles of Mud (2008).

Americana, blues rock artist Gene Micofsky released his debut, full-length album, Amusia, on October 12th, 2018. After relocating to Los Angeles from Philly, Gene Micofsky’s eclectic style has remained in tact; where he juggles songwriting, performing, composing and producing. His music draws from a wealth of genres culminating in a uniquely cinematic Americana sound. As a performer, he has shared the stage with the likes of Charlie Daniels Band, Little Big Town, Lee Brice, Hunter Hayes, Joe Nichols and many others. As a composer he has written music for Comcast, Lionsgate, Beats, Nike, Comedy Central and many more. His solo debut LP, Amusia, was released Friday October 12th 2018. Since then he has sold out venues like Hotel Cafe and has toured the USA, UK and Europe.

LISTEN to his album Amusia:

WATCH the official music video for "Not That Strong" directed by Gregory JM Kasunich that has won a handful of awards including: