Chris Calderon is a visual storyteller and cinematographer based out of Southern California. He has been honing his camera skills in Hollywood for over 13 years and has worked with companies such as Fox, ABC, CBS, NBC, National Geographic, Paramount, and Red Bull. In addition to his film and television experience, Chris holds a B.A. from the Brooks Institute of Photography, Santa Barbara. Chris has traveled the world extensively pursuing his passion of film making. He is also an avid surfer and die hard football fan. Go Chargers!

Chris and his wife, Angela, reside in Dana Point, California. After many years of living out of a suitcase and spending weeks apart from Angela while on film shoots, Chris decided to start Calderon Films. Calderon Films has allowed Chris to pursue his passion without spending months away from home. Chris and Angela are parents in training to their beloved cat, Cosmo, with hopes of starting a family in the next few years. Their recent wedding put Chris on the other end of the lens for once and as most couples say, it all went by so fast! He can now truly appreciate, first hand, just how important it is to document all the details of your wedding day.

Your wedding day is one of the most important days of your life that you have spent weeks, months, even years planning. Why not document it so you can relive it forever? Most couples regret not having their wedding filmed due to budget constraints, we will work with most budgets to make this an option for everyone.

We look forward to hearing about your upcoming wedding. Please feel free to contact us. 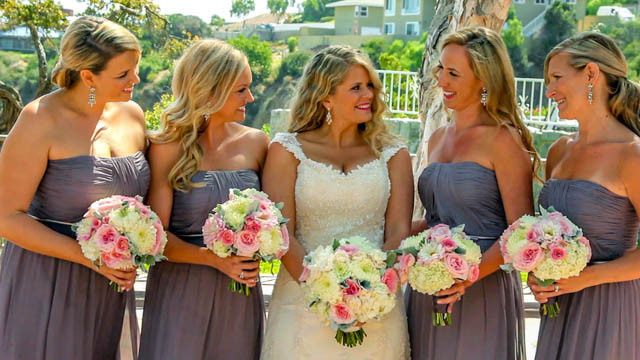