Anastasia Gera is an international singer originally from Russia and has been performing since 2005 around many countries including Russia, The Netherlands, Belgium, Germany, Panama, UK & US. She is fluent in 4 languages (Dutch, Spanish, English & Russian) & can perform songs from various genres including Jazz, R&b, Soul, Reggae, 70-90's, Pop. Previously residing in San Francisco Bay Area California and currently living in Naples, Florida, Anastasia has performed at hundreds of private parties, weddings, and hotels such as Fairmont Hotel, Hotel Monaco, Hotel Vintage, Trump Tower and Hard Rock Hotel, along with corporate events for Ford, BMW, TV jingles and radio promotions.

Solo performance with professional backing tracks
(usually it is a pre-set setlist tailored to the event, but any suggestions and/or requests will be considered)
Any kind of background music can be played between the sets
Professional PA system on hand - great for small & medium rooms
Set time: usually 45 minutes per set, but can be tailored to specific needs
Clothing style: dressy/casual (depending on the occasion)

1. I am not loud, I use very controlled volume so your guests can still talk at normal levels
2. Varied repertoire including jazz, lounge, R&B, reggae, uptempo, bossanova, pop songs in multiple languages including English, Spanish and Russian.
3. Easy fast setup. I provide all my own sound equipment and I don't take up much space.
4. Classy tasteful performer, well dressed with a soulful smooth voice.
5. Flexible Rates 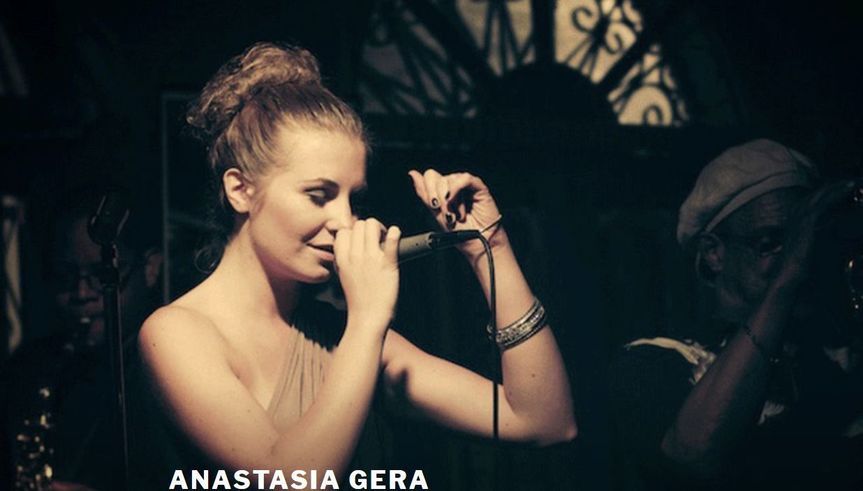